How to Feed Your Food Bank 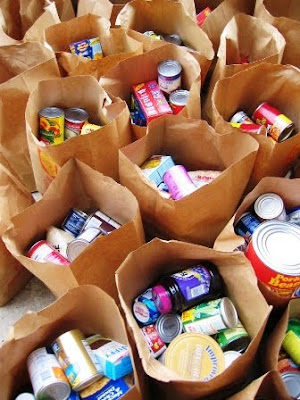 Just a little P.S.A. for the holiday season: food banks all around the country are running low on stores. My neighborhood Salvation Army reports that twice as many people are coming in as last year. In the past, food banks could depend on overflow from holiday donations to carry them through the winter, but no more. I learned that my food bank was not as interested in turkeys and trimmings as they were in everyday canned staples, pasta, rice, etc. A tip: they prefer small quantities as opposed to Costco portions because so many people come in on the bus or on foot and have to carry the groceries. Happy giving everyone!

Posted by Kathleen O'Dell at 11:58 AM No comments:

Time to Wake UP! 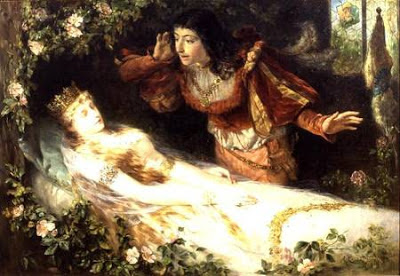 I've spent a good long time absent from the blogosphere while wrestling with my latest book. I've also learned a great deal about the challenges of creating a novel-length fairy tale.

1. Fairy tales are short for a reason. They are compact little stories that were passed along orally for generations before someone (Grimm brothers, for ex.) transcribed them. I love the old Grimms' tales for their lively economy, but a novel requires things like fully-fleshed characters and a complex plot.

2. Fairy tales don't have to explain much. Novels require an answer to "why?" A fairy tale can begin by stating: "Once upon a time, a mouse, a bird and a sausage entered into a partnership and set up house together." (That's a real fairy tale quote, by the way.) In a children's novel, that situation might need a little more set up. In fairy tales, people make strange requests of each other ("fetch me the first hazel twig that strikes your hat") or are introduced as being quite proud of their red shoes (which never are mentioned in the story again). Can't do that in a novel. There has to be motivation and follow through.


3. And then there's "voice." The Grimms' tales make reference to the past with archaic language: trod, weep, thither, bade, thereupon... I love that stuff! But there's a danger of sounding like a Renaissance Faire trainee if one lays it on too thick. I've tried to find a balance, because mine is not a modern retelling, but a fairy tale wannabe.

I'm inching my way along, and I'll continue to see where the story might take me. Maybe I'll drop a few breadcrumbs along the road so it won't take so long to find my way back.
Posted by Kathleen O'Dell at 3:57 PM 2 comments:

Book Review with an Artist's Eye 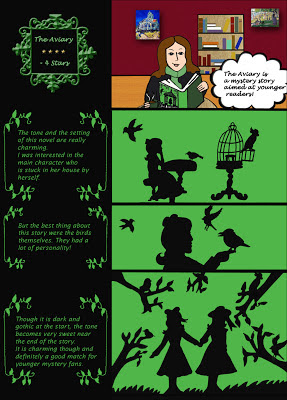 Picture Me Reading is a cool website with a graphic take on book reviews. I love what they did with THE AVIARY's cover theme. Check it out at: http://picturemereading.wordpress.com/2012/09/14/book-review-the-aviary-by-kathleen-o-dell-4-stars/
Posted by Kathleen O'Dell at 3:01 PM No comments: