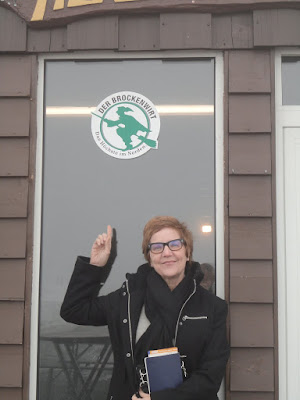 Witches! Do you see any witches? 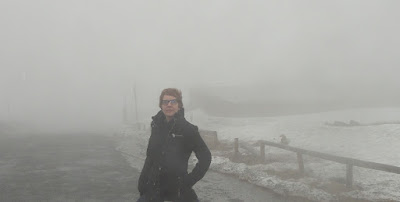 Me neither. Too foggy. But it was still a thrill to follow in Goethe's footsteps to the top of the Brocken--the highest peak in northern Germany--where Faust sold his soul to the devil.

Witches are represented everywhere around here: on bumper stickers, store signs and key chains. Supposedly, pagans took to the wood in cowls to practice their rites after Christianity became the enforced religion of the land, and northern Germany had a lot of holdouts. Hence, a reputation for witches.

I've brushed up on my Grimm's and have come back inspired and ready to tackle a new tale. I'd like to create something particularly hair-raising, but I don't think children's authors are allowed to go as far as the old storytellers who lived in the shadow of the Harz Mountains. (Read "The Girl With No Hands" if you don't believe me. Eeesh...)
Posted by Kathleen O'Dell at 5:25 AM 6 comments:

In a few days, I'll be in Germany, following in the footsteps of the Grimms. I hope to find inspiration in some medieval towns at the foot of the Harz mountains and come back with some tales of my own! Pics to come.
Posted by Kathleen O'Dell at 7:55 AM 5 comments: 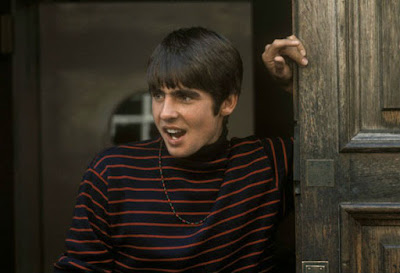 I remember staring at the back of that Colgems album, hoping that Davy Jones wouldn't get married before I turned eighteen. Sure, he'd be in his thirties by then, but that'd be okay. He was one dreamy boy...
Posted by Kathleen O'Dell at 11:35 AM 2 comments: