Bouquet from Booklist for THE AVIARY! 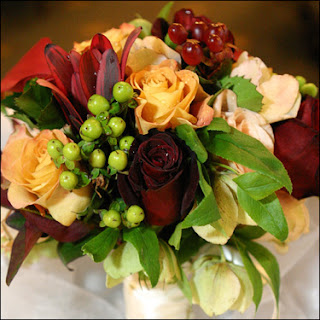 The Aviary.
O'Dell, Kathleen (Author)
"Five birds live in the old iron cage at the back of the Glendoveer rose garden, and 12-year-old Clara has
never felt friendly toward them until she befriends the smallest one and learns to communicate with it. As
a result, she comes to believe there is more than a passing chance that they aren’t really birds at all and are
somehow connected to the supposedly drowned Glendoveer children. O’Dell has crafted a terrific story
with just the right degree of horror for upper-middle-school children. The plot is well matched to the early
twentieth-century setting (the early film The Great Train Robbery is mentioned at one point) to help
distance readers from the macabre events while adding an atmospheric flavor perfectly suited to
adventures involving gloomy mansions and mysterious children."
Posted by Kathleen O'Dell at 12:03 PM No comments:

See me at The West Hollywood Book Fair, Oct. 2 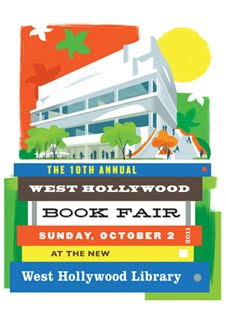 The fabulous Janis Olson of Olson Creative designed this trailer for my book. I love it! And THE AVIARY has a facebook page too. Please stop by and give it a "like!" http://www.facebook.com/pages/The-Aviary-Childrens-Book/153297138088818
Posted by Kathleen O'Dell at 3:47 PM 6 comments:

A Bouquet from Kirkus 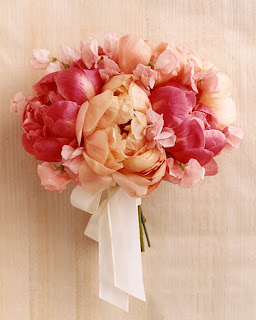 Not an actual bouquet--better! A lovely review for THE AVIARY:
In the early years of the 20th century, a 40-year-old mystery in a dead magician’s crumbling mansion magically changes Clara Dooley’s life forever.
Eleven years old and barely allowed out of the house due to her “weak heart,” Clara and her mother live with ancient Mrs. Glendoveer. Mother nurses the widow and keeps the mansion in mostly working order with the help of cook Ruby. All of them tend the magician’s five surviving birds, of various species, that live in the backyard aviary. When Clara hears the mynah shout “Elliott,” she asks Mrs. Glendoveer who that might be, only to find it’s the name of Mrs. Glendoveer’s baby, who went missing decades before. When Mrs. Glendoveer dies shortly thereafter, Clara discovers that five other children vanished with Elliott; despite the impropriety, Clara begins to investigate with the help of Daphne, her new (and secret) friend from town. O’Dell jumps genres to great effect in this spooky, fantasy/mystery (Agnes Parker… Keeping Cool in Middle School, 2007, etc.). She evokes the period so well that (older) readers might suspect they’re reading a lost collaboration between E. Nesbit and Agatha Christie. O’Dell reveals the mystery and magic incrementally, even as Clara simultaneously discovers her autonomy. Readers seeking instant gratification might not stick it out, but they’ll be cheated out of an action-packed, page-turning finale.
An absorbing mix of talking birds, ghostly messages, kidnapped children, magic spells and tragic family secrets. (Historical fantasy. 9-12)
Posted by Kathleen O'Dell at 6:11 PM 4 comments: