Once every thirty two years, I like to visit London. Last time I went, I prepared for my trip by listening repeatedly to the Sex Pistol's NEVER MIND THE BULLOCKS--on vinyl. Now that I'm in my Montovani period, I've prepared by reading a bazillion travel books and covering my map of London with sticky dots I bought at Staples. After London, we chunnel to Paris. Paris, I like to visit every fifteen years. This time, I'm celebrating my silver wedding anniversary and my son's graduation from college.

I hope to get some fantastic story ideas. Get my imagination sparked. Renew!

Pride and Prejudice in the First Draft 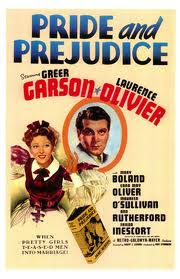 Like most writers, I have an unwritten list of things I try never to include in my stories. This is essentially a compilation of my prejudices and is completely subjective. Sometimes I'm tempted to include something on the list simply because I've exhausted my alternatives or my brain is flatlining. But as soon as I weaken, my pride kicks in and says, "If you don't erase that now, you will be embarrassed forever and ever." And I hit the backspace button as fast as I can.

Some examples:
The word "awesome." I used it once in AGNES PARKER HAPPY CAMPER. I figured that the word was part of the kid lexicon, so it was okay. I also told myself that I get one AWESOME per career. It will never happen again.

The word "grin." I can't tell you why this word gives me the heebie-jeebies. It is unbearably corny and, to me, insincere. Add "wry" and you have me doubled over and aching.

Crazy Old Coot characters. I recently abandoned a book that had not one, but two eccentric old people. Everything they said sounded as if it should be followed by a rim shot. One codger had a blinding smile due to super white dentures and could lift heavy objects even though she weighed 90 pounds. The other coot was crusty and said "MyFace" for "MySpace." I backspaced over both of them. Old people are easy to caricature, and I just have to think of my beloved grandmothers--beautiful, intelligent, witty and extraordinary women--to make me hang my head in shame.

Down-home wisdom of any kind. "My granddaddy used to say..." You know what I mean.

Super weird names. And this is coming from a writer who named a character Ophelia Peeler. So I'm talking about names that are even weirder than that. Like, "Lawn Furniture Applehead Jones."

Kid Geniuses. J.D. Salinger mined this vein and I'm not going to try to best him. It's a cheat, I think, because you allow your kid character to avoid age appropriate observations and vocabulary. Basically, as a writer you are still sitting in your grownup chair wearing a kid costume. If that makes any sense...

Okay, this is a sampling. Purely personal and prejudicial. If one of the above is actually a favorite of yours, well, that's what makes the world go round!
Posted by Kathleen O'Dell at 7:18 AM 1 comment: