Skeletons in My Genealogical Closet

Seeking out one's roots can be either exhilarating or mortifying--especially when you come across documents that add to or contradict your "family myth."  I've found out so many things that no one ever talked to me about while I was growing up, and all the revelations concern grandfathers.  (I suppose this is because it's often more difficult to find documents regarding the maternal line.)
So far, I've found a census document showing that one of my beloved granddads had a first marriage to a much older woman.  (Never heard of her!)  And then there is the jailed Confederate sympathizer who was chased out of Missouri.  (The family story had it that he had left for the West because he didn't want to take sides in the war between the states.)  I have also found that another ancestor, Levi Scott, one of the blazers of the Applegate Trail, was involved in some battles with native people that easily could have and certainly should have been avoided.
But now this!  I'm a direct descendant of one of the witnesses against Sarah Cole, accused witch.  I've found the document from the 1690's and have posted it above.
What's odd is that when I was in grade school, I went through a period where I was obsessed with the Salem trials.  I remember reading a book filled with woodcut illustrations and struggling with the text which was written in that old-timey type that substitutes the letter 'f' for the letter 's'.  I tried to put myself in the shoes of those people.  What had they actually seen?  What were they really so afraid of?
Funny, I might have been reading about my own relatives.
Posted by Kathleen O'Dell at 5:12 PM 1 comment:

A Day at the Playground 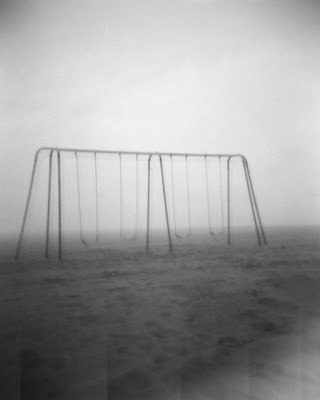 During a trip to the playground at our local park, I thought I'd join my nine-year-old friend in some gymnastics.  I remembered hanging upside down from the bars by my knees and dismounting by flipping backward like a jumping jack when I was a kid.   Well, first I had to get up on the bar.  That, in itself, was nothing like my memories.  Talk about limited range-of-movement...  Anyway, after I had ungracefully hoisted myself up and dangled upside-down, it occurred to me that I felt as heavy and inflexible as a grand piano.  No way was I going to dismount with a back flip.  So I tried loosening one leg separately, lost a shoe and slipped earthward, butt into the sand.  It was so odd, having this "body-memory" of litheness and ease. Was that really me back then, or did I dream it?
Next, I thought to conquer the swings.  No big deal, right?  Just swings.  But I found that as I pumped higher and higher, I felt vaguely queasy.   Maybe that previous upside-down stuff was the culprit?  But if you had told me when I was nine that someday I'd be queasy on the swing set, I would not have believed it.
I want a do over!  Next weekend I'm going back with my friend and try it again.  I can't accept it!  Surely it'll all come back... with a little practice?
Posted by Kathleen O'Dell at 10:24 PM 4 comments:

Because I've Been Thinking of Birds...